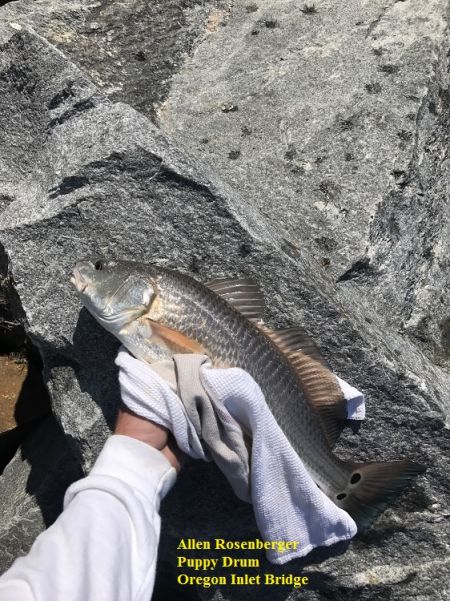 Surf Fishing Report:
There were Drum caught at the Cape and a 33 in Bluefish. There was some Sea Mullet along the beaches with some citations plus Bluefish. Sea Mullet were caught also on the north beaches. There should be some bottom fish and Blues caught today on our beaches.

The N wind is at 17 and the water temp is 59 degrees. Partly cloudy, windy and sloppy wind swell.

The Little Bridge on the Nags Head/Manteo causeway reported Trout, Stripers, Black Drum and some Spot.

One Cobia reported. Plenty of Stripers in the sound.