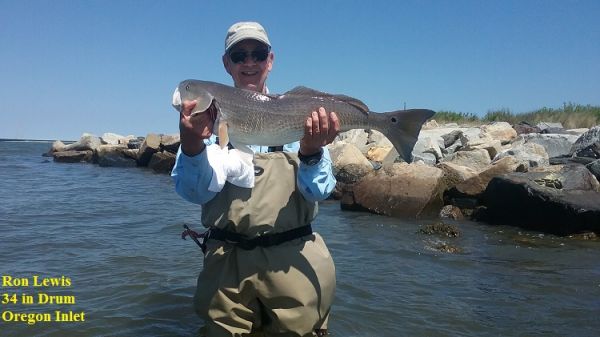 Surf Fishing Report:
Sea Mullet and Bluefish were scattered along all the beaches. There were a few big Blues caught at the point and the Jetties. The point also reported one 28 in Drum.

The SW wind is at 6 and the water temp is 62 degrees. Pleasant winds, flat water and sunny.

Spanish and Bluefish have been caught the last several days.

Offshore Boats Report:
All charters caught loads of Dolphin yesterday with some boats limiting out. There were good numbers of Yellowfin, some Blackfin and a Blue Marlin released.