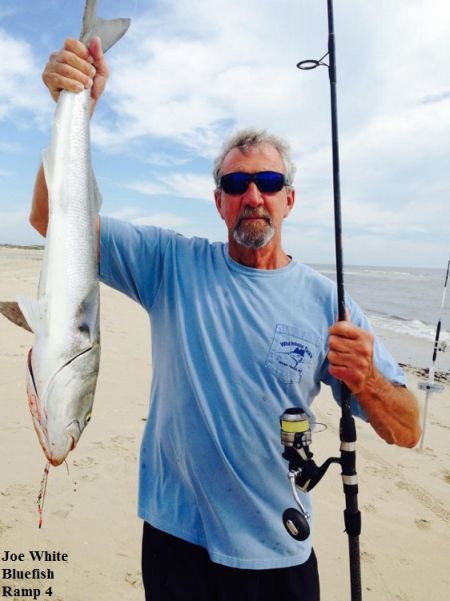 There were Sea Mullet, Bluefish, Spanish and Sheepshead reported along the south beaches with some over the slot Puppies at the point. North of the bridge there were Sea Mullet, small Bluefish and small Trout. Joe White was fishing ramp 4 and the fish he caught was anything but small. He caught 6 keeper size Drum and one big Bluefish.

The winds are SW at 17 and the water temp is 59 degrees. Waters flat and clear, overcast, windy.

Offshore Boats Report:
The fleet brought home limits of Yellowfin again yesterday and a few Dolphin. There were also some mammoth size Big-eye caught weighing up to133 lbs.