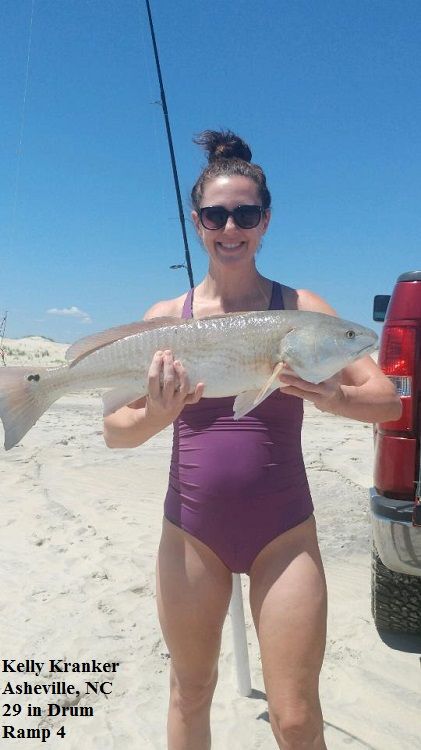 It was a day of high winds and not much fishing went on until late afternoon when the conditions improved.  A few Sea Mullet were scattered on the south beaches. It was slow on this side of the bridge as well. A few Sea Mullet and Bluefish. Kelly Kranker caught a nice Drum at Oregon Inlet.

The winds are SW at 8 and the water temp is 63 degrees. Calm Ocean, light winds, sunshine.

A few Boats braved the wind and was rewarded with Cobia.