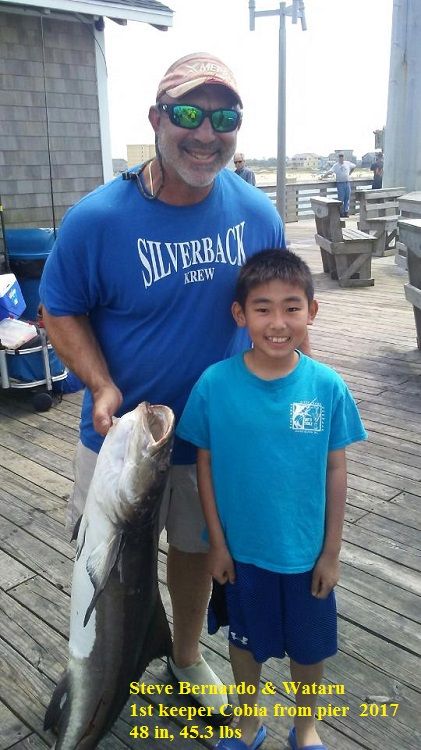 Another beautiful day on the Outer Banks and we were certainly due. Sea Mullet are biting on all the Hatteras Island beaches. Frisco added some Puppy Drum and Pompano to the mix. Avon and Buxton added Bluefish. We had some nice Bluefish on our sandbar, Trout and Sea Mullet. A couple of chopper Bluefish at ramp 2. Puppy Drum reported in S. Nags Head

The winds are N at 11 and the water temp is 65 degrees. Mostly sunny, small waves, clear water, light winds.

The Little Bridge on the Nags Head/Manteo causeway reported some keeper Trout, Black Drum and Spot.

Offshore Boats Report:
The Yellowfin bite is excellent, the boats are coming back in mid-morning with their limits. There were some Wahoo catches and a Sailfish release. Pirates Cove Marina reported a double meat fish grand slam with Dolphin, Wahoo and Tuna.