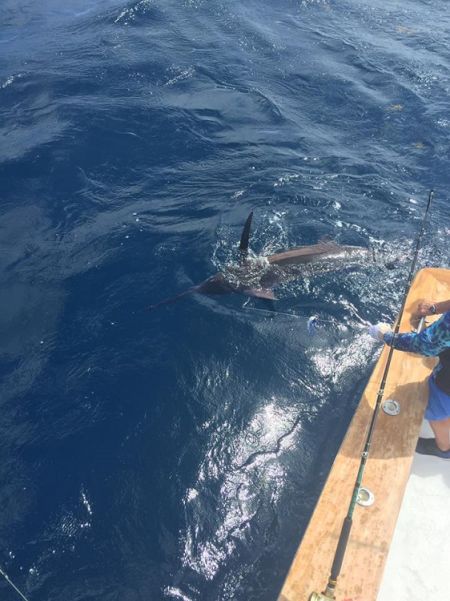 There were some Spanish and Bluefish reported at the Cape. Frisco Beaches reported Sea Mullet and down on the Hatteras beaches Spanish, Sea Mullet and 2 Cobia. There were Puppy Drum caught on lures in S. Nags Head and some Sea Mullet scattered.

The winds are N at 6 and the water temp is 66 degrees. Cloudy, light winds. We finally have some wave action this morning, water should start clearing and fishing should improve.

The Little Bridge on the Nags Head/Manteo causeway reported slower than usual with a few Trout, one 21 in and some Drum.

Spanish and Bluefish caught nearshore. Flounder, Sea Mullet, and Croaker in the Inlet and Stripers, Trout and Flounder in the sound.

Offshore Boats Report:
It has been a good week for the bluewater anglers. Great numbers of  Mahi, plenty Yellowfin, some Bigeye. Also White and Blue Marlin releases.