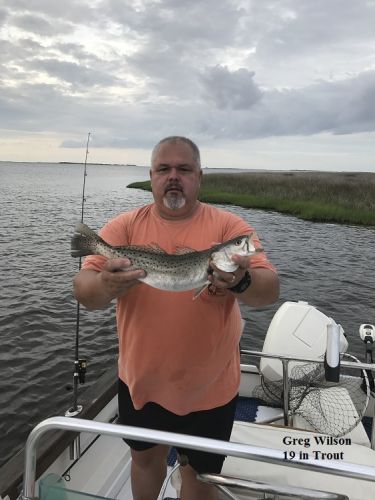 A few Sea Mullet, Trout along the beaches with Drum reported in S. Nags Head.

The surf fishing report for the summer will only include the north beaches from ramp 4 just north of the bridge to Carova. If something out of the ordinary happens on Hatteras Island I will let you know.

The winds are W at 12 and the water temp is 61 degrees. Mostly cloudy, light winds, the ocean is flat, murky water.

The Little Bridge on the Nags Head/Manteo causeway reported lots of small Trout this morning, small Drum and Flounder.

Offshore Boats Report:
The offshore fleet brought good numbers of Yellowfin back to the docks and some Dolphin.