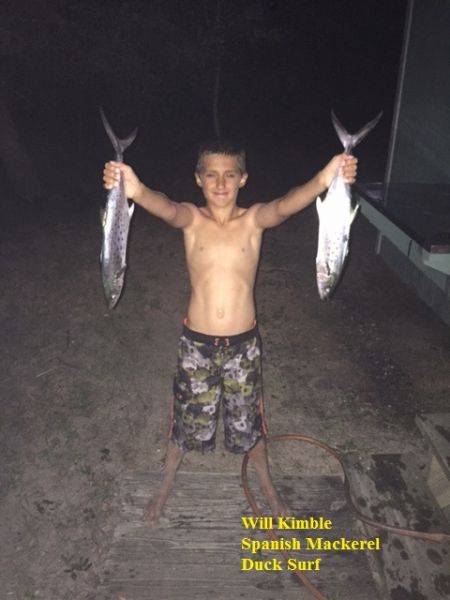 With the water so clear and a beautiful blue/green I thought I would have some Bluefish and Spanish to report from yesterday and I have. There were Bluefish and Sea Mullet scattered among the beaches and Will Kimble caught 2 nice Spanish in Duck.

The winds are W at 5 and the water temp is 71 degrees. A beautiful day on this sand bar, light winds, nice temperature, calm clear water.

The anglers fishing the Little Bridge on the Nags Head/Manteo causeway are catching Stripers, Trout, Black Drum, Spot and Croakers.

Offshore Boats Report:
The fleet is having an exceptional Yellowfin season. Some big Bigeyes, the biggest weighing in at 144 lbs, Dolphin and a 44 lb citation Wahoo as well.