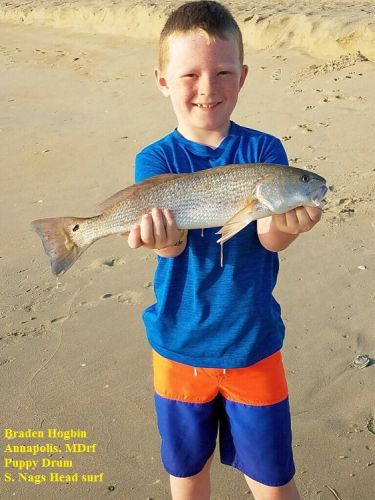 Wishing everyone a Happy and safe July 4th Holiday with family and friends.

There were some small Flounder, Sea Mullet and lots of crabs in the surf. Braden Hogbin caught a nice size keeper Puppy in S. Nags Head.

The winds are SW at 7 and the water temp is 61 degrees. Overcast, flat ocean, light winds, cold water.

The Little Bridge on the Nags Head/Manteo causeway reported some keeper Trout, Croaker, Spadefish and out of season Stripers.