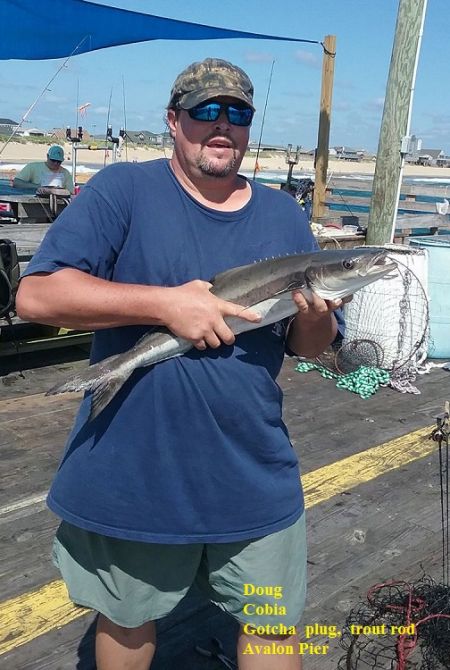 It’s a soggy day and it does not look good for the weekend. The winds have switched 3 times this morning since I have started this report. There were a few Sea Mullet from the surf beaches yesterday.

The winds are NE at 12 and the water temp is 62 degrees. Rain, flat water, breezy.

The Little Bridge on the Nags Head/Manteo causeway reported slow, some bottom fish, Trout and Stripers.

Outer Banks: a couple of Bluefish.

Offshore Boats Report:
It was a good day for the anglers off shore catching a generous amount of Yellowfin, Blackfin, some Mahi and Wahoo. There was also a 110 lb Big-eye caught. There were Sailfish, and Blue Marlin releases as well.