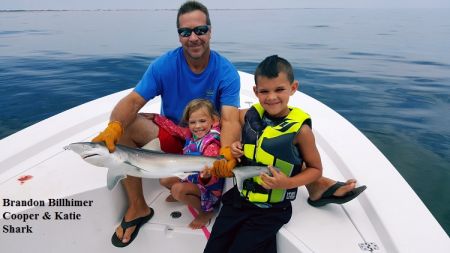 A few Sea Mullet and small Bluefish reported along with Skate and Dogfish.

The winds are NE at 6 and the water temp is 66 degrees. Cloudy, flat Ocean, no wind.

The Little Bridge on the Nags Head/Manteo causeway reported slow. A few Trout, Stripers and bottom fish. Water is too still, not moving.

Outer Banks: Spot and Pompano. Menhaden in the water, thick around all piers.

Nearshore anglers had a spectacular day catching citation Red Drum ranging from 46. 4 in to 50.3 in and many in between. Nearshore also reported Bluefish, Spanish, Albacore and Sea Bass. Inshore caught good numbers of Bluefish, some Spanish, Specks and Sound Striper. The Miss Oregon Inlet headboat caught their usual bottom fish.

Offshore Boats Report:
Another good day for the blue water fleet. The Marlin and Sailfish flags were flying. Large Big-eye were caught weighing in up to 159 lbs. Yellowfin, Blackfin, some good size Wahoo and a few Dolphin also were decked.