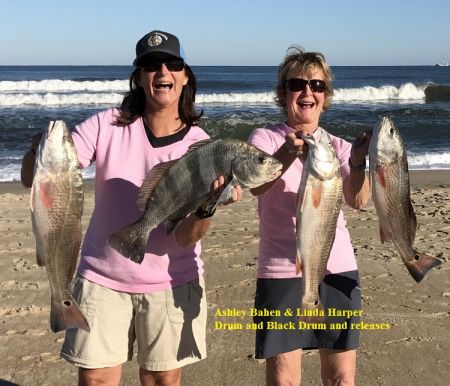 There were Trout, Bluefish and puppy Drum caught from the surf. Dave landed a 5 ft Shark from Duck surf with monofilament wrap around and cutting into the skin. He removes the line and returned the fish back in the Ocean and it swam off. (Picture). Unfortunate, later in the day another Shark pulled his rod and reel from his sand spike and swam off with it. I would say it could have been a better day.

The winds are NE at 5 and the water temp is 67 degrees. Cloudy, small swells, light winds.