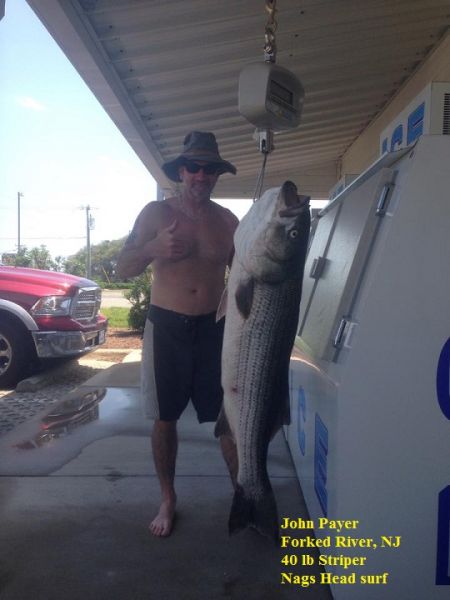 Surf Fishing Report:
Anglers are still catching an abundance of Sea Mullet on the south beaches Avon had some Croakers. Buxton caught Bluefish and Blow toads along with the Sea Mullet and so did Frisco.  The jetties had a good Sheepshead bite. Hatteras added Flounder.

We had fair fishing this side of the Inlet catching Bluefish. The most exciting news we have had in a while would be a 40 lb Striper caught from the Nags Head surf. John Payer from Forked River, NJ weighed in yesterday at our Nags Head store.

The winds are NE at 9 and the water temp is 63 degrees. It is a gray morning and coat weather for the fishermen. Water is clear. Good Bluefish water. Bluefish feed by sight.

Pier Fishing Report:
Avalon: Bluefish off the end and a few small Trout.

Offshore Boats Report:
The fleet caught a couple of Blackfins, some Albacore and Dolphin. One boat brought in some Cobia.