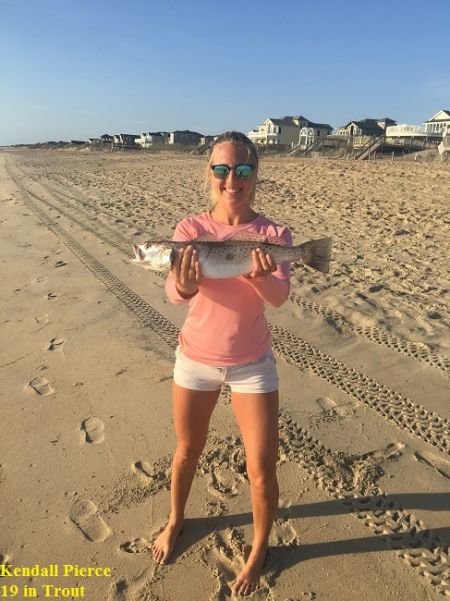 Surf Fishing Report:
Morning anglers caught some Red Drum and big Bluefish at the Cape. Good numbers of Shark, Skate and Rays were caught the rest of the day. There were scattered Sea Mullet on the beaches. Kendall Pierce caught her first Trout yesterday. Can’t keep em but it is fun to catchum.

Offshore Boats Report:
The fleet has made it out for 6 straight days. That must be some kind of a record. Just kidding. It tells me the season is truly here. There were fantastic catches of Tuna yesterday with one boat catching a grand slam with Yellowfin, Blackfin and Bigeye. There also was an impressive amount of Dolphin with some gaffers and some Wahoo as well.

The winds are NE at 4 and the water temp is 52 degrees. Rain, heavy fog, calm winds.