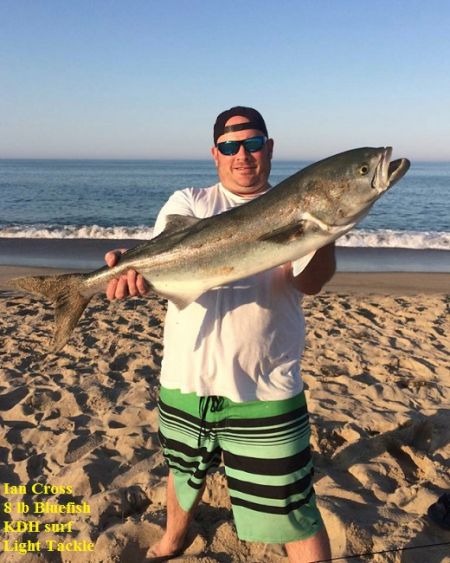 Surf Fishing Report:
The weather is great and the fishing is good. The Bluefish are biting on all the beaches from KDH to Hatteras. Hatteras also reported some Puppy Drum. The Point caught several citation Red Drum and Shark. Avon added Sea Mullet and Spot and so did the Frisco Beaches.

Inshore Boats/nearshore Report:
A few Cobia have been landed.

Offshore Boats Report:
The fleet had a stellar day catching lots of Big-eye weighing up to 200 lbs. The Yellowfin bite was strong and Dolphin with many gaffers. Also a Blue Marlin release.

The winds are SW at 9 and the water temp is 58 degrees. Sunny, mall swells, light winds.