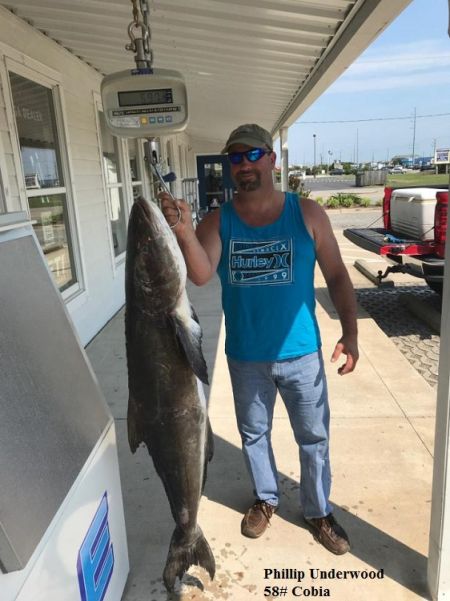 Surf Fishing Report:
The Cape had an exciting day. It was not enough that the anglers were catching some of the first Spanish of the season and some Bluefish on metal but the Drum bite was astronomical all day long. There had already been 20 reported at 8 am and it was reported that some anglers were catching 10 each. The Drum were still biting at 9 pm and it was it was estimated there could have been up to 200 caught doing the day.
The other beaches had Sea Mullet with the Hatteras beach reporting some Pompano and Flounder added in. There were Big Bluefish north of the Oregon Inlet and Sea Mullet and Bluefish scattered along our beaches and a couple of Trout reported.

The winds are SW at 15 and the water temp is 58 degrees. Sunny, flat Ocean, breezy.