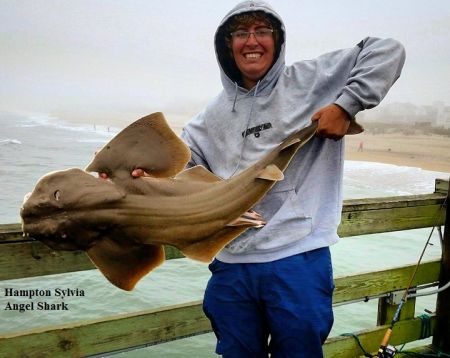 Surf Fishing Report:
Yesterday another slow fishing day for the south beaches and our beaches. A few Sea Mullet were reported.

The winds are ESE at 23 and the water temp is 63 degrees. Really hard rain, nonstop this morning and high wind as predicted today with maybe a little overwash. Water is rough and wave height at 7.48 ft.

Sound Fishing Report:
The Little Bridge on the Nags Head/Manteo causeway. No report.

Pier Fishing Report:
There should be some pier fishing later today.

Offshore Boats Report:
The fleet had a stellar day on the water yesterday bringing in massive numbers of Dolphin, mostly gaffers, good numbers of Yellowfin and some Blackfin. A white Marlin and 2 Sailfish were released.