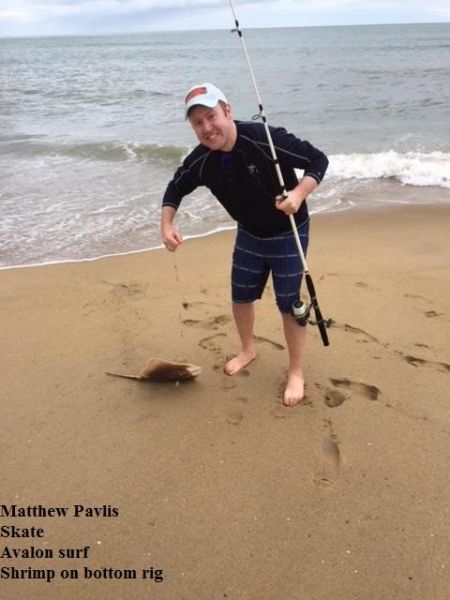 Sound Fishing Report:
The Little Bridge on the Nags Head/Manteo causeway reported A 5 lb Drum has been caught this morning and a 5 ½ was caught yesterday. Also some Spot and Trout.

Offshore Boats Report:
Despite the hard showers and more wind the bluewater fleet continues to have respectable catches. Some good size Yellowfin, Blackfin, Mahi and gaffer Dolphin were caught.

The winds are S at 12 and the water temp is 57 degrees. Sunny, small swells, light winds.