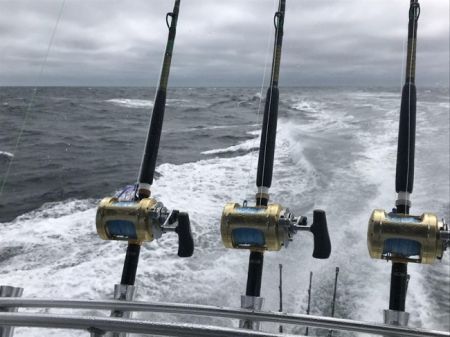 Surf Fishing Report:
The Buxton beaches reported Spanish, Bluefish and Sea Mullet with Avon and Hatteras having the same. Frisco had citation Pompano and Sea mullet. On this side of the bridge a good Sea Mullet bite along all the beaches with some Black Drum also reported.

Inshore Boats/nearshore Report:
There have been some Drum reported sound side.

Offshore Boats Report:
The fleet had some problems with the bar yesterday but made it out and caught some Yellowfin and Dolphin.

The winds are SW at 6 and the water temp is 70 degrees. Sunny, clean surfing waves, calm winds.