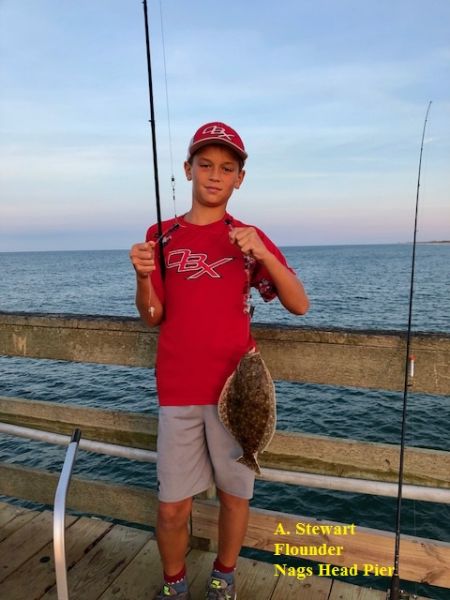 In Summary:
Send all questions and pictures to

Surf Fishing Report:
It was the most beautiful weekend. Perfect beach weather for kiddies with bathtub water. And the warm water certainly makes for good Spanish fishing.
There were Sea Mullet and Pompano scattered on the south beaches with Spanish and Bluefish at the point on lures. Sea Mullet and Bluefish north of the Inlet with Spanish on sting silvers in S. Nags Head.

Offshore Boats Report:
Another day of heavy action for the offshore fleet catching Yellowfin, some citations, Blackfin, Gaffer and Bailer Dolphin and Bigeye, also some citations.

The winds are W at 8 and the water temp is 69 degrees. Partly cloudy, small swell, light winds.