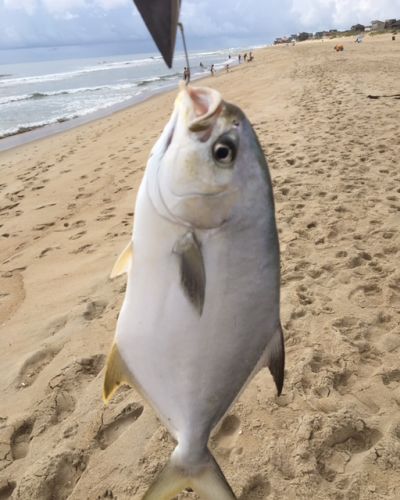 Surf Fishing Report:
A few Sea Mullet and Pompano were spread among the south beaches with some Spanish reported in Avon. A few Sea Mullet on our beaches. Dirty water, wind and extreme heat are the problem. The Piers are all catching Spanish this morning and the water could not be any nastier. Go figure. Thunderstorms and strong winds every night.

The winds are SW at 8 and the water temp is 68 degrees. Sunny, clean swell, light winds,