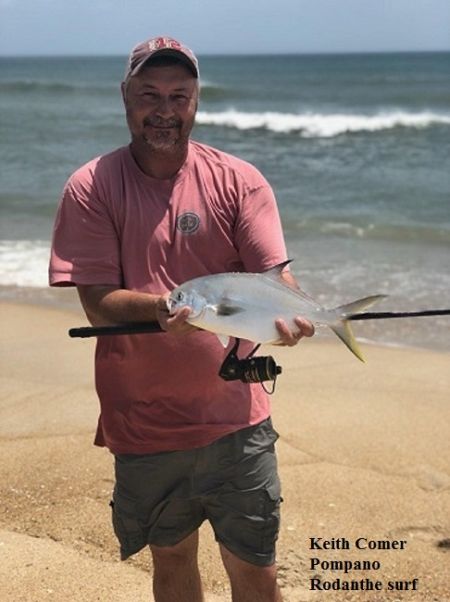 Surf Fishing Report:
Avon beaches continue to have a Spanish bite from the surf. Bluefish, Sea Mullet and Bluefish are scattered on all the beaches with Frisco and Buxton adding Pompano. The North beach’s have scattered Bluefish.

Offshore Boats Report:
It turned into a good day despite the conditions. The fleet returned to shore with plenty of Yellowfin, good numbers of Mahi, some Wahoo and Blackfin. Tilefish and Sea Bass were caught and a White and Blue Marlin as well.

The winds are NE at 19 and the water temp is 77 degrees. Mostly cloudy, rough surf, windy.