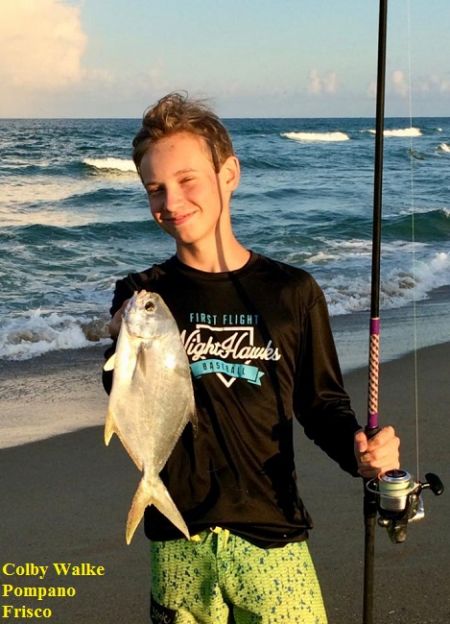 Surf Fishing Report:
We had nice weather for the 4th with ocean breezes and a few scattered showers that didn’t seem to bother anyone.
Anglers are catching a good amount of Pompano along all the south beaches. Also some Sea Mullet and Bluefish caught with some Spanish reported in Avon. A few scattered Sea Mullet, Spot, Bluefish and Flounder on the north beaches.

Inshore Boats/nearshore Report:
Nearshore anglers had smorgasbord board yesterday catching Spanish, Blues, King mackerel, Ribbonfish, Shark and there are still some Cobia around,

Offshore Boats Report:
Bill fishing was extraordinary yesterday with citations for Sailfish, Blue and White Marlin. Another day of an abundance of Mahi and some Yellowfin.

The winds are NE at 8 and the water temp is 72 degrees. Sunny, small swells, light winds.