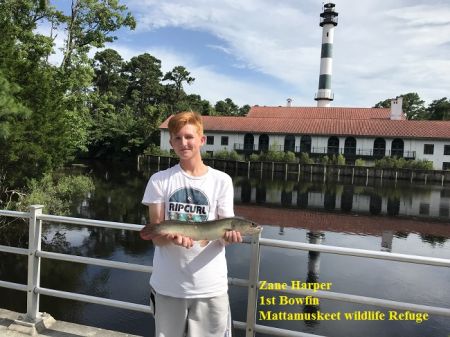 Surf Fishing Report:
It was another day of showers and thunderstorms. The weather service reported widespread showers and storms to continue through early next week. Hatteras has had 16 inches this July the most reported since 14 in June of 1949. The record goes back to 1893.
Sea Mullet and some Croakers were reported in Avon. Some of the ramps are flooded in the Buxton area. No report north of the Inlet.

Inshore Boats/nearshore Report:
No report from Inshore or inshore.

Offshore Boats Report:
The fleet reported catching Yellowfin and Wahoo despite the worst thunderstorms they have seen this week. Also Blue Marlin and White Marlin releases.

The winds are SW at 5 and the water temp is 65 degrees. Mostly cloudy/showers, flat ocean, light winds.