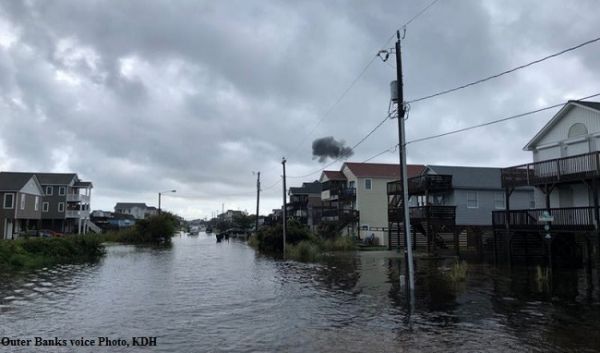 Surf Fishing Report:
When I thought it could not get any worse it did. We had one downpour after another all day yesterday in KDH. Barricades were on the beach road and lanes closed on 158 in KDH. There are no wake signs in places so pay attention. You could be pushing water in people’s houses. Nags Head had much better conditions than we did Sunday. The forecast for Outer Banks/Dare is rain through Sunday. The water temp on our beaches has finally improved and it should help.

Pier Fishing Report:
Avalon: Bluefish. We have sun shining in KDH as I am finishing this report. 9:09 AM.
Nags Head: Pinfish.
Jennette’s: Few Spot and Bluefish.
Outer Banks: Mullet and Spot.

Inshore Boats/nearshore Report:
Nearhore caught Bluefish, Mackerel and Ribbonfish. Inshore there were some Flounder, Trout, and Puppies in the sound.

Offshore Boats Report:
I never would have thought the fleet would have left the docks yesterday but found some Mahi and Yellowfin and released 2 White Marlin.
The winds are SSE at 10 and the water temp is 76 degrees. Mostly cloudy/thunder storms, calm surf, light winds.