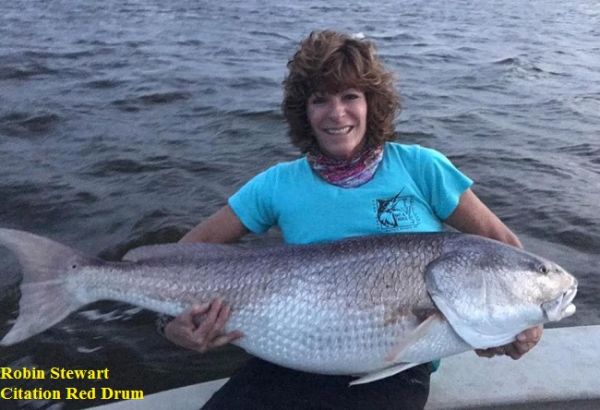 Surf Fishing Report:
There were Sea Mullet and Spot along the beaches with some Spanish reported in Avon, Puppy Drum in Buxton and Bluefish in Hatteras. Sea Mullet and small Spot and small Bluefish north of the Inlet. The water temp is moving up and the water has cleared. It’s all looking up this morning.

Inshore Boats/nearshore Report:
Nearshore anglers decked Spanish and Tilefish. There was a good Red Drum bite this weekend. Plenty Stripers and Sheepshead around the bridges.

Offshore Boats Report:
The offshore fishing is slowly returning to normal with catches of Gaffer and Bailer size Dolphin, Wahoo and plenty Tilefish for the bottom fishermen. There were 4 White and 1 Blue Marlin released.

The winds are SE at 4 and the water temp is 72 degrees. Sunny, calm winds, flat Ocean with small swells, paddle boarders are out this morning.