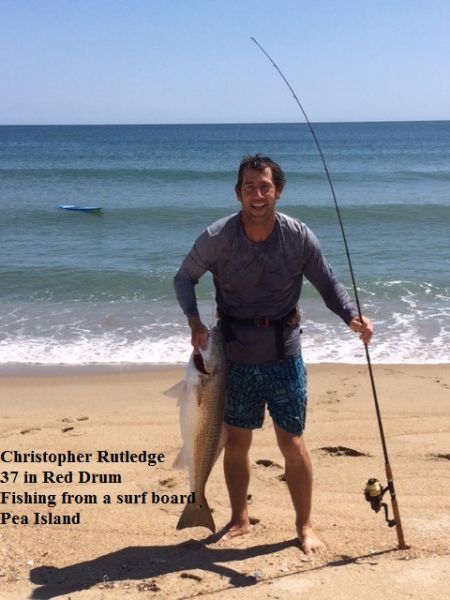 Surf Fishing Report:
It is hot but another beautiful day on the Outer Banks. The winds are light and the water is calm. Bluefish and Sea Mullet were reported on the south beaches with Buxton and Avon also catching Bluefish, Spanish and a few Pompano. And then there is Christopher Rutledge who caught a 37 in Red Drum at Pea Island fishing from is his surf board. On this side of the bridge there are Pompano, Sea Mullet and Bluefish. Oregon Inlet, ramp 4 and 2  is grassy but the water is clear further north.

Sound Fishing Report:
The Little Bridge on the Nags Head/Manteo causeway reported slow with some Stripers.

Offshore Boats Report:
It was heavy action on the water for the fleet catching an abundant of meat fish. There were Blackfin, Yellowfin, Wahoo, Tilefish and good amounts of Mahi, Also White and Blue Marlin releases.

The winds are SW at 14 and the water temp is 72 degrees. Sunny, calm ocean, minimal swells, breezy.