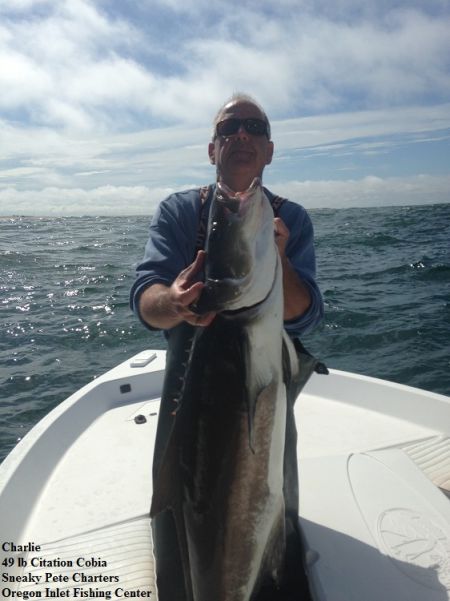 Surf Fishing Report: Mullet and Bluefish and some Spot should start showing.

The winds are ENE at 8 and the water temp is 64. A beautiful day, calm water, light winds.

The Little Bridge on the Nags Head/Manteo causeway reported Trout this morning. Had a couple of keeper Flounders caught yesterday and the first Spot of the season.

Outer Banks: Gray Trout, Sea Mullet, a few Spot and Bluefish off the end with Gotha’s.