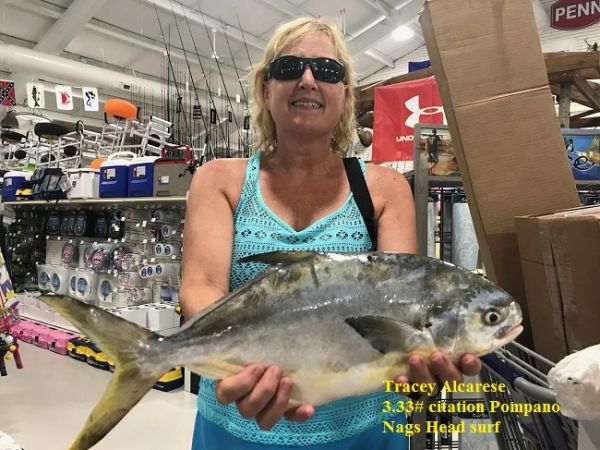 Surf Fishing Report:
All the south beaches Sea Mullet, Spanish, and Bluefish. A 4lb Spanish was reported and also a 64 lb Albacore caught off the point. In Avon 3 Cobia were caught. The North beach’s had the same Spanish, Bluefish and Sea Mullet and a 3.33 lb Pompano.

Offshore Boats Report:
It was a profitable day for the offshore fleet catching plenty Blackfin, Mahi and Wahoo. There were fair numbers of White and Blue Marlin releases.

The winds are NW at 5 and the water temp is 77 degrees. Sunny, small swells, light winds.