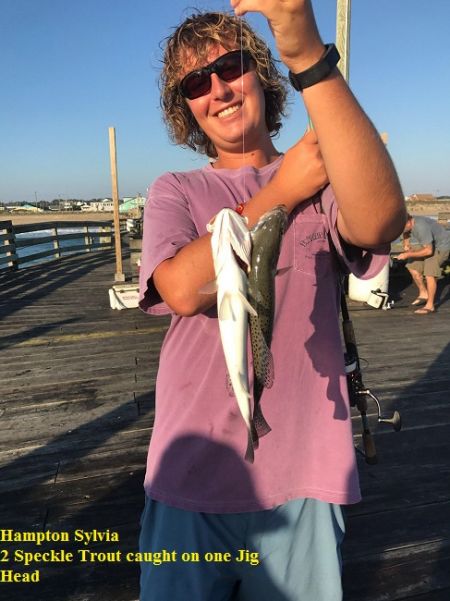 Surf Fishing Report:
Bluefish and Sea Mullet up and down the south beaches with Frisco reporting some Pompano and Sea Mullet. A lot of small Trout and Bluefish reported on the north beaches.
A tropical storm was issued for the Outer Banks last night with strong winds and heavy rain expected at the end of the week.

The winds are SE at 13 and the water temp is 78 degrees. Sunny, windy, choppy swell.