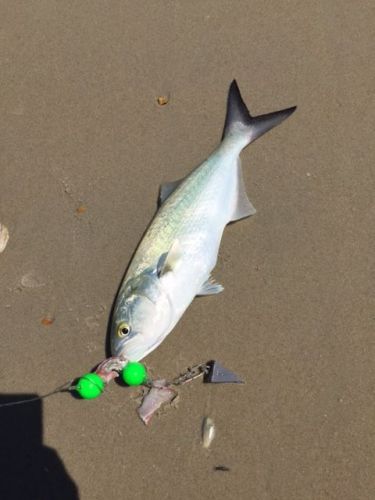 Surf Fishing Report:
Nice size Bluefish were along all the beaches. The point reported big Drum. Spanish on metal and Pompano were caught in Buxton. Also Puppy Drum scattered. Good Trout action on this side of the bridge with some Puppies, Bluefish, Black Drum and small Sea Mullet.

Sound Fishing Report:
The Little Bridge on the Nags Head/Manteo causeway reported some trout this morning.

Inshore Boats/nearshore Report:
Some Spanish and Blues near the beach and in the inlet. Trout and Stripers in the sound.

The winds are NW at 56 and the water temp is 72 degrees. Raining this morning, clearing later, light winds, clean swell.