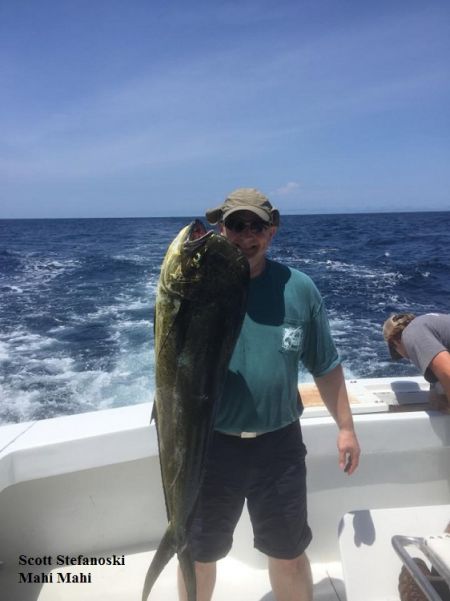 The winds are SSW at 10 and the water temps is 68 degrees. Overcast, water is calm, little breeze, thunderstorms predicted late evening.

The Little Bridge on the Nags Head/Manteo causeway reported Trout and Black Drum.

Offshore Boats Report:
28 boats sailed from Oregon Inlet yesterday. They caught a few Wahoo with some Blackfin along with good catches of Yellowfin. The fleet has brought in some really big gaffer Dolphin this week. A citation 145 lb Bigeye Tuna was caught as well. There were 2 Sailfish release.