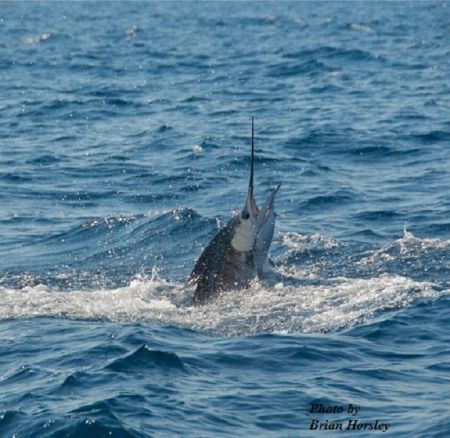 Another perfect beach day on the Outer Banks. The water is clear all the way up to the sand. There should be Bluefish caught today from the surf and maybe a Spanish or two.

Avalon: A big run of Spanish and Blues.

Offshore Boats Report:
It was a banner day for the offshore fleet. Plenty of Yellowfin, some Wahoo and limits of Dolphin. They released 7 White Marlin, 5 Blue Marlin and 2 Sailfish. A White Marlin weighing in at 391 # was brought back to shore.