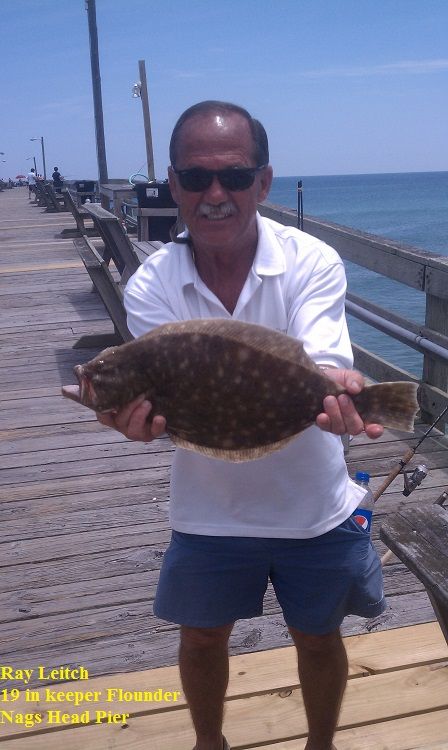 Beach Anglers are catching a few Spot, Croakers and Bluefish.

Spanish Mackerel fishing has been good this week from the piers and the boats.

Spanish travel in schools. They are warm water fish and found in clear water.

Boats trolling near the shore can catch the strong top water swimmers. Surf fishermen can catch them on small lures and bucktails. The fishermen on the end of the piers are using gotcha plugs. They are early morning and late afternoon fish. The minimum length is 12 in FL. Fork length is measured from tip of snout to middle of fork in tail.

The wind is W at 7 and the water temp is 72 degrees. The water is calm and pretty flat.

Avalon: Blues and a throwback Cobia.

Nags Head: Blues, Spot and Spanish some weighing in at 3 lbs.

Offshore Boats Report:
Friday was a great Dolphin day with some nice citations. The fleet brought home good numbers of Yellowfin and some Wahoo. There were multiple Blue Marlin releases.