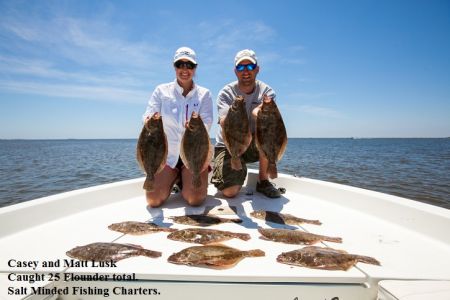 Scattered Bottom fish. Sand fleas and murky water is a perfect combination for Sea Mullet. And we do have nasty water this morning.

We have SW wind at 16 and the water temp has done a quick drop to 61 degrees.

Inshore Boats/Nearshore Report:
The nearshore boaters caught some nice Drum and the Spanish and the Bluefish bite is still on. Inshore fleet had an exceptional day with plenty of Blues, Spanish, Amberjacks and Sharks. One fly fisherman landed a 30 lb Cobia. The inlet boaters are catching bluefish Flounder, Croakers and Sea Mullet.

Offshore Boats Report:
Limits of Dolphin, good numbers of Yellowfin, with citations came back to the docks.

Some Wahoo were caught one weighing in at 83 lbs and also Bigeyes. There were good number of Blue Marlin and 2 White Marlin releases.