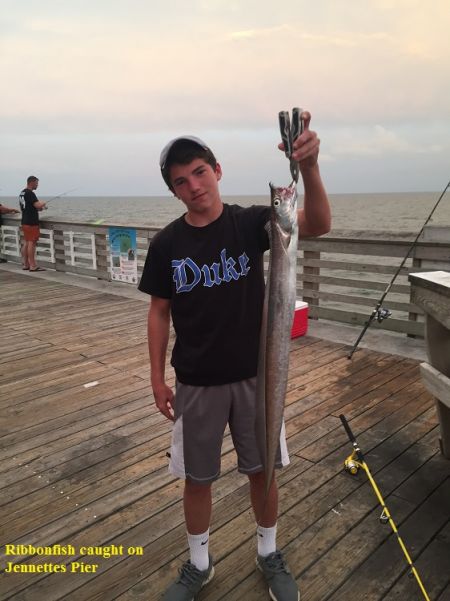 There are scattered showers again today. A few Pompano and Sea Mullet were reported yesterday. Surf fishing would be tough today but I see a couple of fishermen on the beach giving a try.

The winds are NE at 18 and the water temp is 79 degrees. The surf is rough this morning.