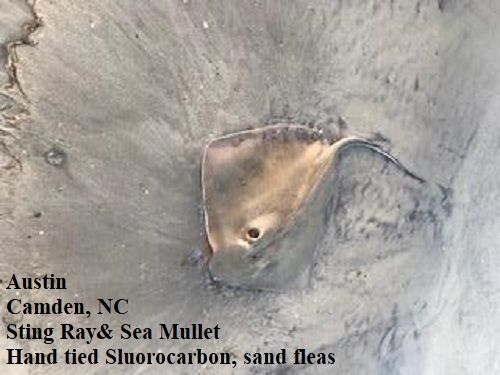 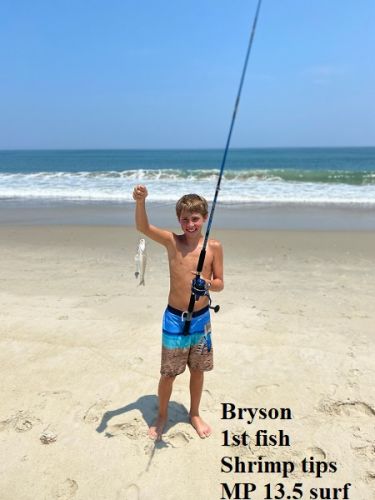 Surf Fishing Report:
We are having extremely hot weather. Calm winds and flat Ocean adds up to slow surf fishing. There are Sea Mullet, very small Spot scattered and that's all I got this morning. I have a picture of a Sting-ray, but I'm sure with the SW winds there are Skate I have not heard of.

Offshore Boats Report:
The fleet is still catching Tuna but Mahi was the fish to catch yesterday with boats limiting out. Wahoo were caught and there were limits of Tilefish with some citations. White and Blue Marlin were caught and Sailfish.

The winds are W at 9 and the water temp is 79 degrees. Sunny, light winds, Flat Ocean.