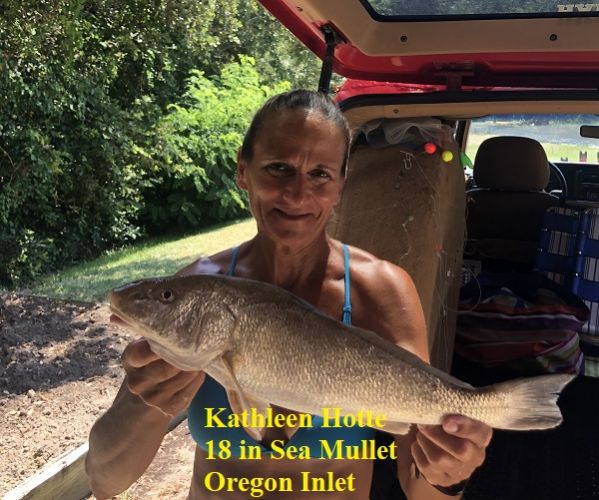 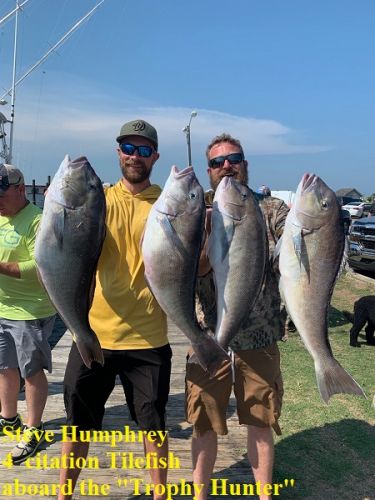 n Summary:
Send all questions and pictures to info@twstackle.com

Surf Fishing Report:
Some good news this morning. “ This morning, Cape Hatteras National Seashore biological technicians will modify the signage in the Cape Point area in order to allow full ORV access to the tip of Cape Point. ORVs will have access to Cape Point starting at 8 a.m. Cape Point access may need to be modified again if shorebird nesting activity is observed, bu we do not expect additional nesting at Cape Point this late in the season. “
There were Bluefish, Croaker and Spot scattered on the beaches this weekend. Really slow with the cold water.

Inshore Boats/nearshore Report:
Nearshore reported Spanish and Bluefish, ribbons are plentiful, Albacore and King Mackerel. In the channels there are Sea Mullet, Black Drum, Spot and Croaker. Sheepshead around the bridges. Sound fishing still have the nice Tout and slot Drum.

Offshore Boats Report:
The fleet returned with their boxes filled with citation size Tilefish, Dolphin, Wahoo with one weighing 62 lbs. There were Blackfin and some Yellowfin and Billfish releases.

The winds are SW at 15 and the water temp is 85 surface degrees. Sunny, breezy, flat Ocean.