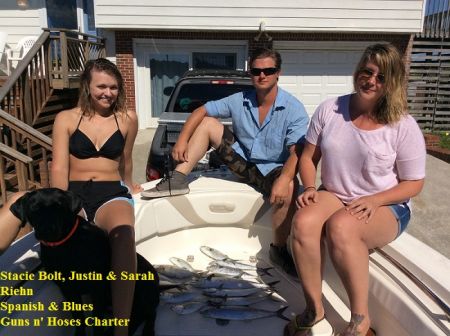 We have NW winds at 7 and the water temp is 77 degrees.

Sound Fishing Report:
The Little Bridge on the Nags Head/Manteo causeway reported Stripers, Croakers, small Flounder and the Trout are getting bigger. There was a nineteen in Trout caught yesterday.

Outer Banks: Slow. There are still loads of bait in the water.

Offshore Boats Report:
The offshore fleet is still catching an abundance of Dolphin. Yellowfin Tuna are plentiful with an angler catching a 71 lb citation. Also a 200 lb citation Big-eye was caught. The fleet released 41 White Marlin and 3 Sailfish.