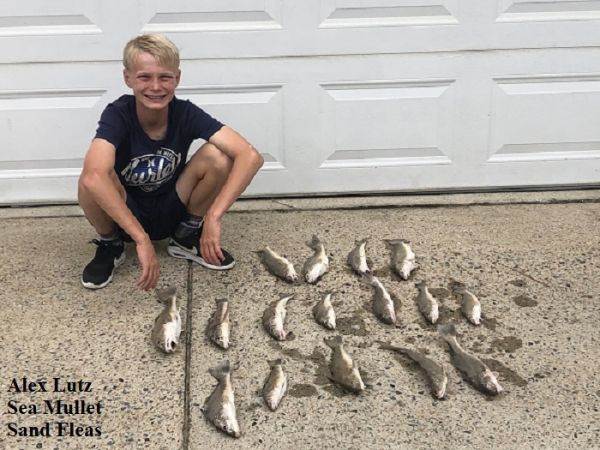 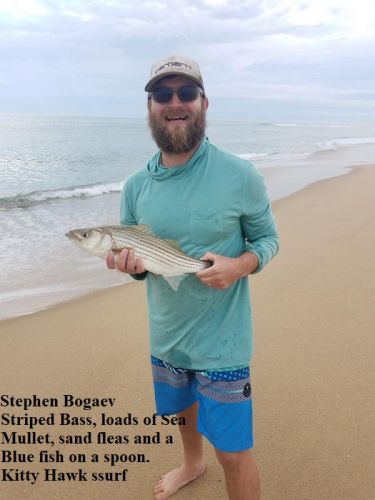 Surf Fishing Report:
We had a little break in the weather yesterday with some breeze in the afternoon. I don't know about anyone else bu I am not getting the showers they say I'm going to get.
Hatteras Island reports some scattered Spanish and Bluefish.
Jonah Goll sent word there was no shortage of Sea Mullet or Croaker north of Avalon yesterday.

Sound Fishing Report:
The Little Bridge on the Nags Head/Manteo causeway reported catching a few Drum and Trout this morning along with Black Drum and Croakers.

Inshore Boats/nearshore Report:
Spanish, Bluefish, Albacore, Ribbonfish and Moonfish. It is slow. There are the Trout and Drum in the sounds.

Offshore Boats Report:
There were a few Dolphin and Tuna. The Tilefish are what is keeping the fleet filling their boxes. They are coming home early with limits of Tilefish. There were some Blue Marlin releases.

The winds are SW at 5 and the water temp is 68 degrees. Sunny, light winds, small swells.