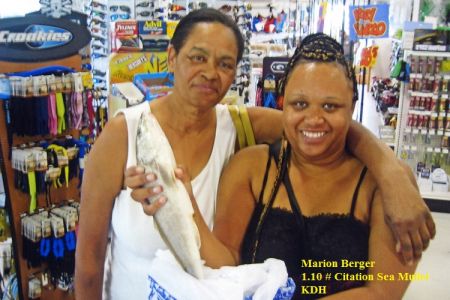 Fishing was overall slow. A few Sea Mullet and Pompano were reported.

The NW wind is light and the water temp is 79 degrees. The water is crystal clear. Great weather. The wind will switch later today to NE and we have some rain in the forecast.

Avalon: Loads of Spanish and a couple of small Cobia using “Gotchas”.

Jennette’s: Spanish and Bluefish before daylight.

Inshore Boats/Nearshore Report:
Nearshore boaters caught a good number of Cobia, Shark and some Bonita. A great day for nearshore anglers with plenty of good size Spanish caught along the beaches, Blues, Albacore and a few Shark. Inside the inlet were Gray Trout, Flounder, Sea Mullet, Bluefish, Sea Bass and Croakers.

Offshore Boats Report:
A few Wahoo, Jacks and limits of Dolphin were caught yesterday. A 74 lb Yellowfin Tuna was deck. There were a few White and Blue Marlin releases.