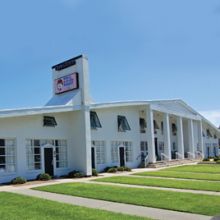 The award-winning oceanfront hotel looks less like a hotel and more like one of Old Nags Head’s classic beach box cottages with a wide-angle roof, green shutters and charming rockers that are always occupied by guests in season – guests who are likely contemplating a walk to the nearby hill where man first learned to fly a powered machine. Step inside the building and you’ll find more happy visitors cozied up by the enormous brick fireplace – a centerpiece in the historic lobby that immediately brings about feelings of nostalgia with photos and display cases depicting the Outer Banks in days past and black-and-white images of a second hotel that has been absent for more than 35 years.

On July 1, 1939, Thomas and Annie Baum opened the doors to the Wilbur Wright Hotel, which was a full-service hotel with a restaurant, bar and lounge. Soon after, their daughter, Diane Baum St. Clair, built the facility that we see on NC Highway 12 today and dubbed it the Orville Wright Motor Lodge. The two inns flourished for many summer seasons until the winds rose as they often do in our unique location jutting out into the Atlantic, and on July 31, 1978, the Wilbur Wright Hotel was completely destroyed by a powerful waterspout. 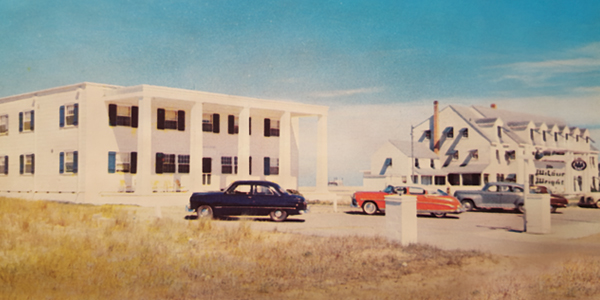 As for the remaining hotel, Diane renamed it to be the Wilbur and Orville Wright Motor Lodge, and eventually its signature – but not its spirit – would change again to be The Days Inn Oceanfront Wright Brothers. The strongly rooted hotel has been standing by the sea staying dry since the ‘40s, and with families that return year after year, it has earned the title of the longest continuously running hotel on the Outer Banks.

Guests will find that the warm atmosphere of Southern hospitality has remained the same since the ‘40s, while the amenities have been upgraded for modern convenience. The lobby is the focal point of the hotel with original pinewood floors and the original fireplace that so many are attracted to upon first entering the building. “The ambiance and the culture of Old Nags Head is what we’ve tried to keep in the lobby,” said general manager Tess Judge. “You will find people ​during the fall and winter sitting in the lobby around the fire enjoying​ ​hot cider​ and popcorn, and in the spring and summer they’re out in the rockers on the front porch relaxing with lemonade and sugar cookies.” 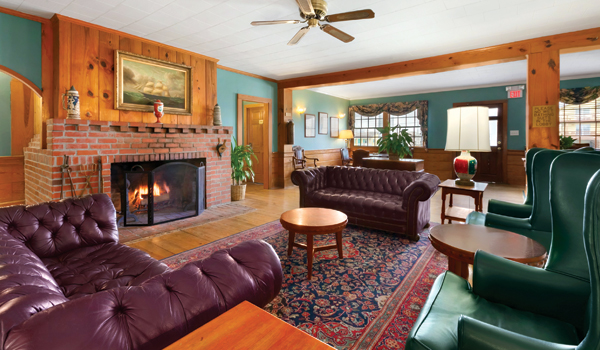 Two wings and additional rooms on the south side of the hotel have been constructed since the ‘40s, maintaining the same atmosphere as the rest of the building. Outdoors, a pool surrounded by lounge chairs entices visitors on sweltering summer days, and a sandy trail winds through the dune grass and to the sea.

The bedrooms and suites are reminiscent of olden days too with the same beachy prints and quaint feel you would have seen had you visited the Outer Banks 50 years ago. Choose from double, queen or king beds and the simplest of accommodations to a suite with a fully equipped kitchen that is wonderful for families. The rooms are all updated with flat screen TVs and high-speed WiFi, so you can have both a sense of history and modern comfort.

Visitors aren’t the only ones who have been enjoying the Wright Brothers hotel for many years. When Tess speaks of ​the dedicated  employees, they come along with numbers like 17, 19, 23 and 24 – the number of years they have been working for the hotel. She said, “They connect with the​ guests​ ​and their ​families ​and look forward to their return each year. It’s both the nostalgia and the staff that bring guests back every year.”

Tess and her husband and co-general manager, Warren Judge, have been in the hotel industry themselves since they were teens and love seeing families who return so regularly that they know when and which room each family will want to stay in before the reservation is even made. 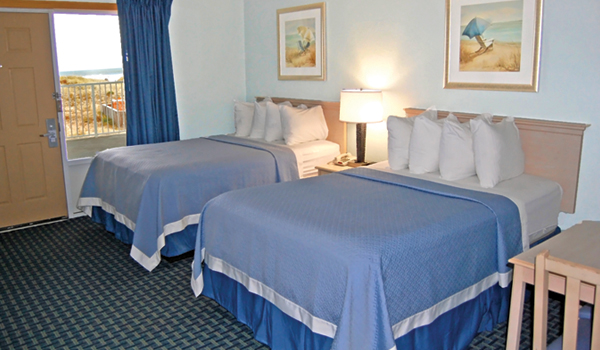 And with the incredible history of flight just steps away, the Wright Brothers hotel attracts many students too. Middle school and high school groups will stay in the hotel each spring while taking educational tours of the many historic and environmental sites of the Outer Banks such as Fort Raleigh, the North Carolina Aquarium on Roanoke Island, Jennette’s Pier, several of our lighthouses and, of course, the Wright Brothers National Memorial itself.

Spring is also a time for wrapping up the winter’s refurbishing projects. The winter months serve the dual purpose of a quiet off-season getaway for guests and a time for guest room renovations so that summer visitors can always expect the rooms to be updated and the facilities well kept for their vacation. The hotel is recognized as a top-rated Days Inn location and has been acknowledged by many visitors on TripAdvisor.

​Hot ​​complimentary breakfast including homemade waffles and an afternoon snack in the lobby are provided every day at the Days Inn Wright Brothers. In addition to the outdoor pool and the beautiful shores of the Atlantic, guests enjoy a sand volleyball court, barbecue area and access to the Outer Banks Family YMCA on a first-come, first-served basis. Discounts are available for large reunions, wedding party blocks ​, civic​, social ​and school ​groups of a minimum size.

Centrally located in Kill Devil Hills betwixt the Atlantic Ocean and the Wright Brothers National Memorial, The Days Inn Oceanfront Wright Brothers is keeping the history of the Outer Banks and the nostalgia of Old Nags Head alive every day. Become a part of it with your visit!

Powered by Plants - Taste of the Beach