The Prime Spot to Rock Out 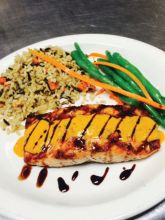 At Mike Dianna’s Grill Room, they embody that quote in everything they do. People often associate USDA Prime Angus Beef and white table clothes with a certain lexicon full of French words like maître d’ and du jour and an ambiance often described as having a certain je ne sais quoi – only we do know what it is, don’t we … pretention. And that’s an attitude that we on the Outer Banks try to avoid at all costs.

“We understand that people are on vacation,” says Meghann Pauls, owner/manager of Mike Dianna’s Grill Room. “As long as you wear some kind of clothing, you are welcome in our restaurant.”

If you’ve ever heard the phrase “local as it gets,” Meghann is the perfect example. She grew up in Corolla, and she’s been at Mike Dianna’s Grill Room for a long time. “I’ve worked at the restaurant since 2002 when it was still JK’s,” she says. “I just bought it last year. I’ve always enjoyed my work, and I realized that this is just something I really wanted to do. The opportunity came up, and I took it.” 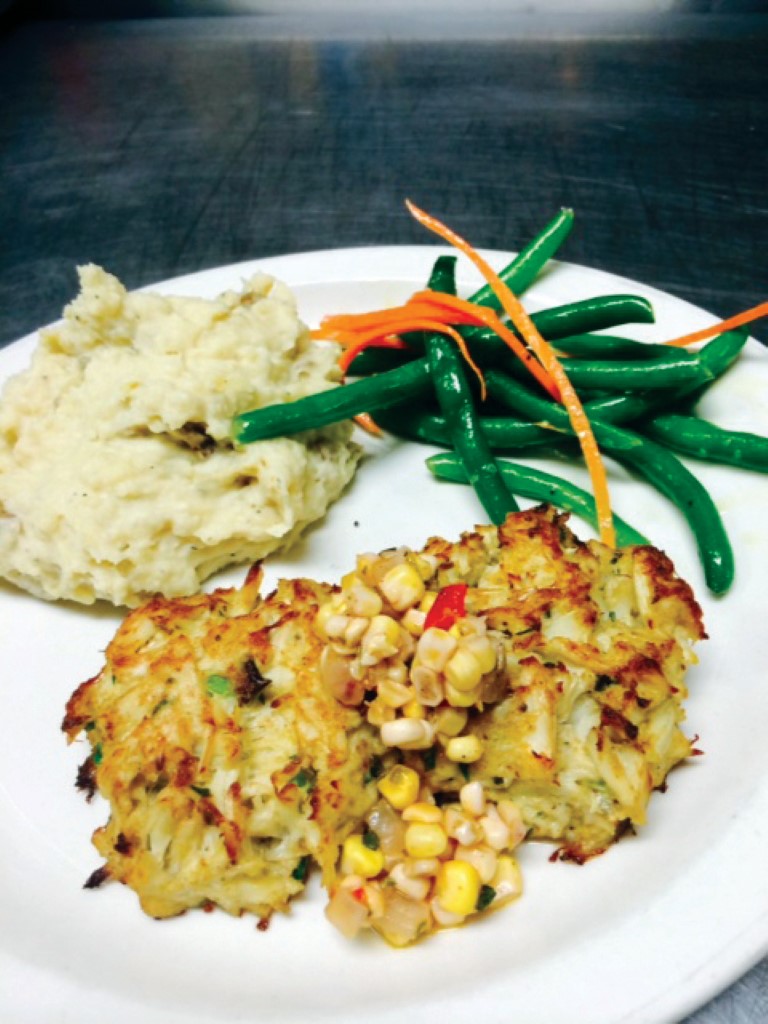 Meghann Pauls fills many roles at Mike Dianna’s Grill Room. Like most restaurant owners on the Outer Banks, she manages, cooks, runs food, hosts and cleans up after. And like most restaurateurs, she not only works hard each night to keep up with the day to day but also keeps her focus on the future. Just like the shifting coastline, the industry and the demands of visitors change every year.

After she had taken over the restaurant, she decided that they would really focus in on making Mike Dianna’s Grill Room “the only ones who do what they do” to paraphrase Jerry. This year, Mike Dianna’s Grill Room has done away with lunch and brunch because that’s not what they are about. They are about great dinner, with prime steaks and fresh local seafood. From 5 to 9:30 p.m., the team at Mike Dianna’s is ready and waiting to serve you a menu that changes often so that the team can offer you only the freshest and best ingredients based on what’s available each day.

Feel free to bring in all your friends and family. “We can do 18 people at a time, no problem,” says Meghann. “Just call ahead and let us know — we do take reservations. And if you have an event, we have a private room that can accommodate up to 45 people.” But there are plenty of good restaurants in Corolla, right? What makes this one different? 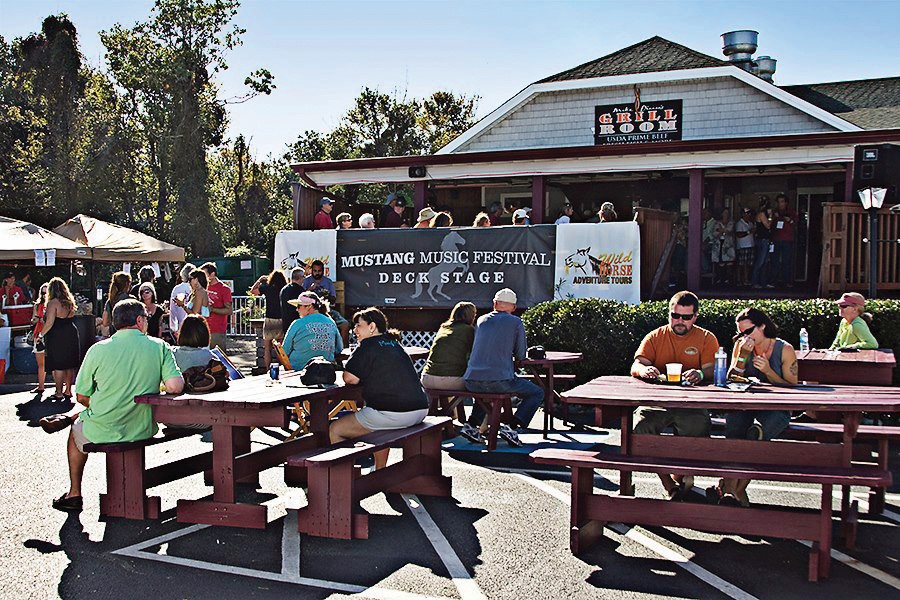 When Meghann took over the restaurant from the original owner, Mike Dianna, she kept the name because Mike is such a well-known figure in the Corolla community. Over the years, Mike has been more than a restaurateur, he’s also been a music entrepreneur, responsible for founding the Mustang Music Festival in 2012. In addition to the festival, Mike Dianna is still hard at work setting up events for Mike Dianna’s Grill Room. Dianna books the music acts that appear nightly at Mike Dianna’s, and these acts aren’t just your local garage bands. In May, the restaurant hosted the Mustang Spring Jam, and kicked off a free concert series.

“From Tuesday to Friday we will have music every night out on the covered deck,” says Meghann, “with family-friendly groups from 6 p.m. to 9:30 p.m. That runs through the season into late August. And we have a free concert series every Wednesday night from 10 p.m. to 1 a.m. We have some big-name groups, like Ben Miller Band, that are touring coliseums and then come here and play at Mike Dianna’s Grill Room. We have bluegrass, rock and roll … something different every week.”

Mike Dianna’s Grill Room has a combination that truly makes them the only ones that do what they do, with a menu that you’d find in a fine dining establishment but with a rock and roll vibe that makes pretention an impossibility. Be sure to check out their music lineup at corollaguide.com/mike-diannas-grill-room/events and don’t miss some of the great shows that Mike Dianna’s Grill Room hosts. If you want the best steaks and seafood, chops and chowder with a side of awesome music you’d usually have to go to an amphitheater to hear, Mike Dianna’s Grill Room has just the one-of-a-kind experience for you.

Valid on any time slot Saturday through Monday or 9 a.m. Tuesday through Friday.