Celebration on a Sand Dune

Jockey's Ridge, the behemoth sand dune, is always in motion. It’s referred to as an active sand dune – the tallest in the eastern United States – and moves in response to the constant wind. My favorite story about the origin of its name is that early Outer Banks residents would attempt to capture and race the Spanish mustangs roaming the area. You won’t find any mustangs on the dune today but instead a plethora of kites, hang gliders, sand boards and perhaps even a park visitor making a sand angel – me, most likely. You can see both ocean and sound from the top of the dune, and if you don’t roll down its face at least once, you’d be denying your inner child.

If you enter the park via the Visitors Center, you’ll drive in on Carolista Drive. A variation of Carolina? That was my first thought. And if you’ve been living on the Outer Banks or visiting since the early 2000s, you probably attended the Carolista Music Festival in Manteo. A beautiful name to be sure, but the story behind the name – or rather, the person – is what’s truly incredible. 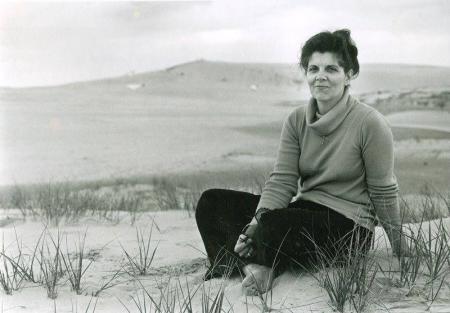 On a summer morning in 1973, Carolista Baum’s children were playing on Jockey’s Ridge when a bulldozer began destroying part of the dune. The children fetched their mother, who leapt into action when she realized the bulldozer was preparing a residential development site at the base of Jockey’s Ridge. She stood in the path of the bulldozer until the operator was forced to shut down, and soon after she founded People to Preserve Jockey’s Ridge, raised funds and lobbied the state. On May 31, 1975, Jockey’s Ridge was declared a state park and Carolista’s legacy was born.

This Sunday, August 30, more than 40 years after Carolista stepped in front of the bulldozer, there will be a celebration at Jockey’s Ridge in honor of her birthday. You can expect live music by the Mojo Collins Band, good eats, a dove release and more. The free event runs from noon to 2 p.m. at the Jockey’s Ridge State Park Visitors Center. Sign up for a hang gliding lesson while you’re there to experience Jockey’s Ridge from above. It’s a blast even for those lacking in hand-eye coordination like me. 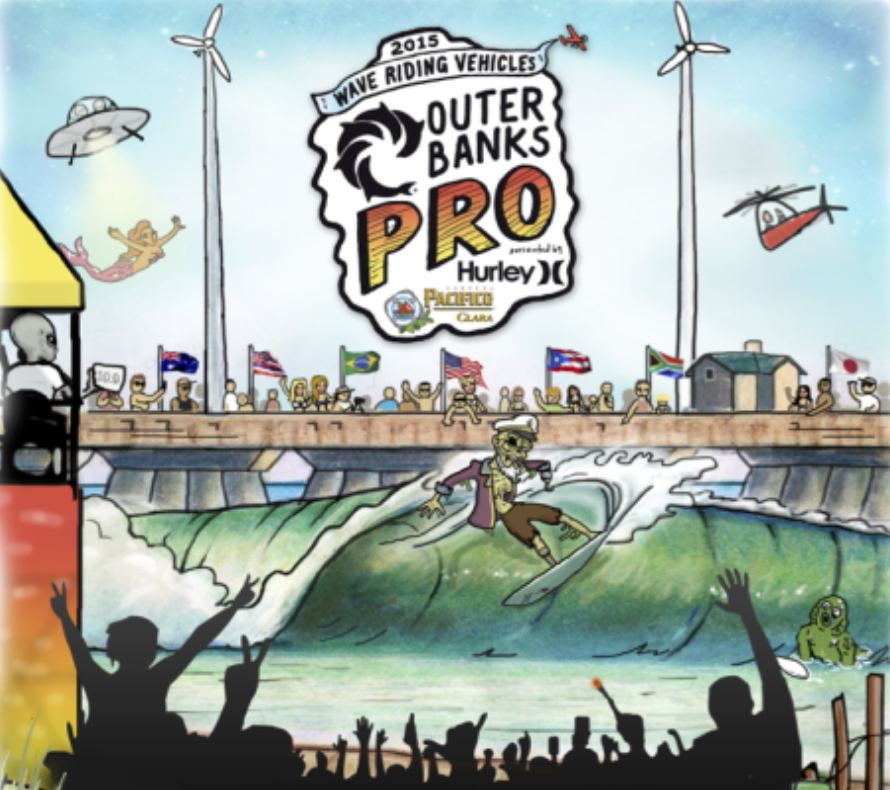 WRV Outer Banks Pro Surf Contest
The Outer Banks Pro had a stormy start but should be back in action today and throughout the weekend. This high stakes surf contest draws surfers from all over the East Coast and beyond for a massive $30,000 prize purse. Head down to Jennette’s Pier in Nags Head to check out the competition, which starts at 8 a.m. every day and runs in heats through 6 p.m. Surfer or beachgoer, you will feel the energy in the air and find yourself standing to get a better view of the competitors. Keep your eyes open for free product tosses too.

Ghosts of the Lost Colony 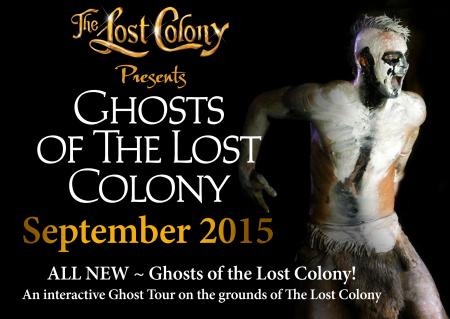 The Lost Colony’s final show of the summer may have been last week, but they hardly close the curtains for the rest of the year. From August 25 to September 6, the actors will present a very different theatrical experience. Ghosts of the Lost Colony takes visitors on an interactive journey to explore paranormal activity hotspots around the grounds of the Waterside Theatre and Fort Raleigh National Park. Through firsthand encounters with ghosts of those who lived in the area, visitors will learn about Elizabethan history, early colonial exploration, the Native Americans and the 1587 colony. This sounds like the perfect tour for me . . . I’ll admit to running scared at The Lost Colony’s more frightening Halloween event last year. Ghosts of the Lost Colony tours begin each night at 7:30 at 8:30 p.m. Tickets are available here. 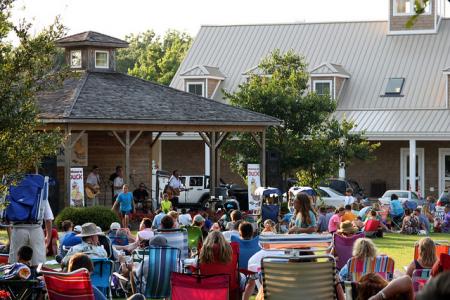 Concert on the Green
It’s the last Concert on the Green of summer, happening tonight from 6:30 to 8 p.m. on the Duck Town Green. Grab the coolers, picnic dinners, chairs and blankets for this perfect end to a beach day. The evening concert series has featured different musicians every week with Sean Olds & The Church of the Eternal wrapping it up tonight. Toward the end of the concert, look for the sun setting over the nearby Currituck Sound. The Town Green is adjacent to the boardwalk, which runs the length of town and is undeniably the best sunset spot in Duck. If you miss the concert, take a stroll down the boardwalk any night around sunset, and I bet you’ll find some live music.

Big Blue Live! and Sleeping with the Sharks
Wildlife enthusiasts and kids who just want to sleep in front of a shark tank, this is the place to be on Monday, August 31. The NC Aquarium on Roanoke Island is hosting the Big Blue Live! Watch Party, which is a live streaming of water-based wildlife in California’s Monterey Bay National Marine Sanctuary, one of the world’s most successful conservation projects. Following the 8 p.m. feature will be Sleeping with the Sharks, an overnight experience in which visitors will participate in an ocean conservation program and then settle in for the night in front of the 285,000-gallon Graveyard of the Atlantic Tank, which is home to 10 sharks – yikes! Pre-registration is required.

Movies on the Sound
Here’s another fun summer event that wraps up this week. The final Movies on the Sound will be at the COA Campus in Manteo on Friday, August 28. The movie of choice is Cloudy With a Chance of Meatballs 2, starting at dusk, and there will be a ton of special events and activities on site such as face painting, special character appearances and perhaps even the Kitty Hawk Kites rock climbing wall. Entrance to the event is free, although a $10 parking donation is appreciated and will assist low-income and special needs families. The gates open at 7 p.m. 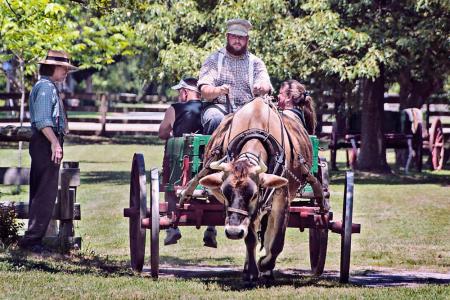 Ox-Cart Rides at Island Farm
If you’re looking for an outdoor activity off the beach, check out Island Farm in Manteo. They’ve got Ox-Cart Rides all week long that will take you on the trails of a living history site, circa 1847. I did this as a kid, and I’d do it again as an adult. Who doesn’t love getting dirty on a farm?

The live music lineup for this week is on point with local favorites Soul House Revival and nationally known artists Yo Mama’s Big Fat Booty Band taking the stage. I highly recommend coming out for both shows, even if you can’t stifle a laugh at Booty Band’s name. There’s also DJ dance parties, trivia, karaoke and the Ocracoke poker league. Visit our Nightlife & Events page to see everything happening on the Outer Banks this week.