An Update on Hatteras Island's Bridges

For many who live on or visit the Outer Banks, the bridges are symbolic. There’s a rush that overcomes you when the car moves from highway to bridge, bouncing rhythmically across the support beams, the hollow whoosh filling your ears. As you rise with the bridge, you get those glorious panoramic views of ocean, sound or marsh surrounding you. For a moment it’s like you’re the only one on the Outer Banks. This view and promise that, yes, you’re near your final destination both soothes and excites. It’s a sign of coming home and a sign of a fun-filled vacation just ahead.

Among the Outer Banks’ bridges, the Herbert C. Bonner Bridge is instrumental in connecting visitors to Hatteras and Ocracoke islands. Originally opened in 1963, Bonner Bridge crosses Oregon Inlet and deposits travelers on northern Hatteras Island in an area known as Pea Island. When it opened it introduced many more people to the natural playground that lies beyond Nags Head. This was revolutionary for the villages south of Oregon Inlet. For the 40 years prior to the opening of the Bonner Bridge, a ferry privately owned and operated by Captain Toby Tillet shuttled locals and visitors across the inlet. As stories of Tillett’s ferry and Hatteras’s wondrous opportunities for hunting, fishing and exploration gained popularity, more and more visitors grew interested in experiencing Hatteras Island too. The completion of Bonner Bridge met this demand and increased the world’s access to the southern Outer Banks. 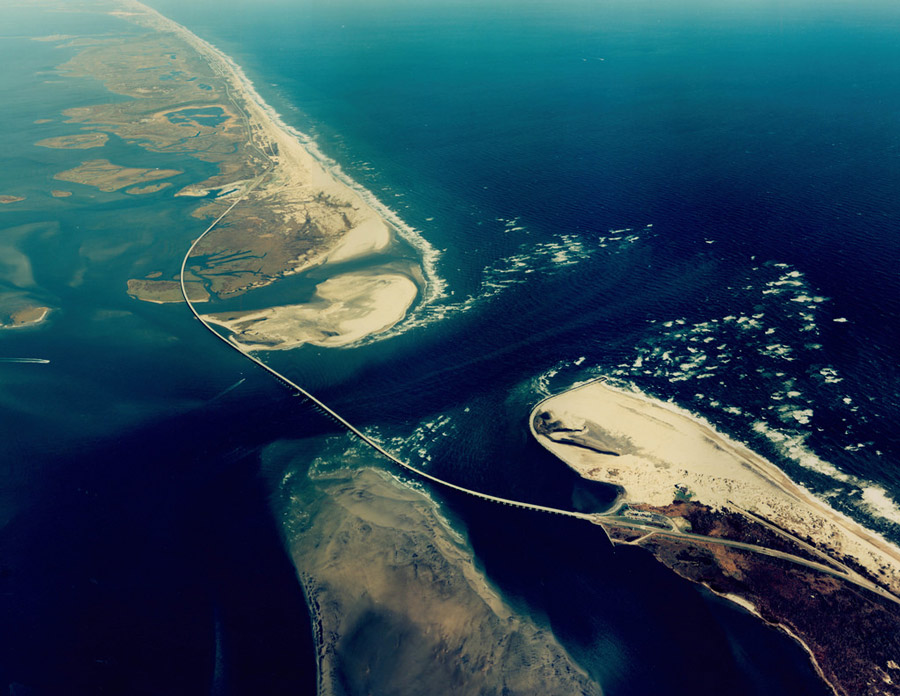 Photo: An aerial photo of Herbert C. Bonner Bridge and Oregon Inlet from 2008. Courtesy of N.C. Department of Transportation

If you’ve been to Hatteras Island or Ocracoke Island in the past couple of years, you’ve probably noticed some changes around the bridge site, namely, its reconstruction. Well overdue for a revamp, the Bonner Bridge Project began in 2016, after almost 30 years of planning and failed execution attempts. Now, only two years later, the new bridge is projected to open to travel in November of 2018. The project’s completion (including the demolition of the old bridge) is scheduled for September of 2019.

It’s not unusual to hear talk of Bonner Bridge as you go about your day on the Outer Banks – on the radio, in the newspaper, among locals. So what is all the fuss about? For starters the new bridge’s design is pretty cool – the 2.8 miles of high-durability concrete and reinforced stainless steel are practically weatherproof to the unforgiving sea-salty air that corrodes and diminishes the utility of other local infrastructure. In fact, it’s estimated to last 100 years!

However, the towering bridge over Oregon Inlet isn't the only bridge in the works on Hatteras Island. The second part of the Bonner Bridge Replacement Project includes adding the Rodanthe Bridge, aka the Jug Handle bridge, over the Pamlico Sound. It will connect the southern end of Pea Island National Wildlife Refuge to northern Rodanthe, bypassing the section of Highway 12 known as the S-curves, which are particularly susceptible to ocean overwash. While the Jug Handle bridge sounds like a major convenience for future transportation, the 2.4-mile long project wasn’t easy to implement.

For one, a mysterious and long unidentified shipwreck lies in the sound near the construction site. A group of East Carolina University graduate students working with the UNC Coastal Studies Institute has been researching the site, trying to uncover the history behind this boat. What was it? Who used it? How did it end up in the Pamlico Sound?

The site, named Pappy’s Lane Shipwreck, contains what researchers identified as the remains of a late 1800 or early 1900 steel-hulled barge. While its original purpose may have been as a lighthouse service or Coast Guard buoy ship, it was converted into a warship for World War II. While the present research yields no definite conclusion on this ship’s exact purpose during the war, it appears that it was used either as an LCI (Landing Craft Infantry) or Landing Craft Support (LCS) vessel. Both forms of amphibious gunboats were vital for beach landings during the war. As more information comes to light on the ship’s usage before and during World War II, hopefully its local significance and the role it played within Hatteras’s community will materialize as well. 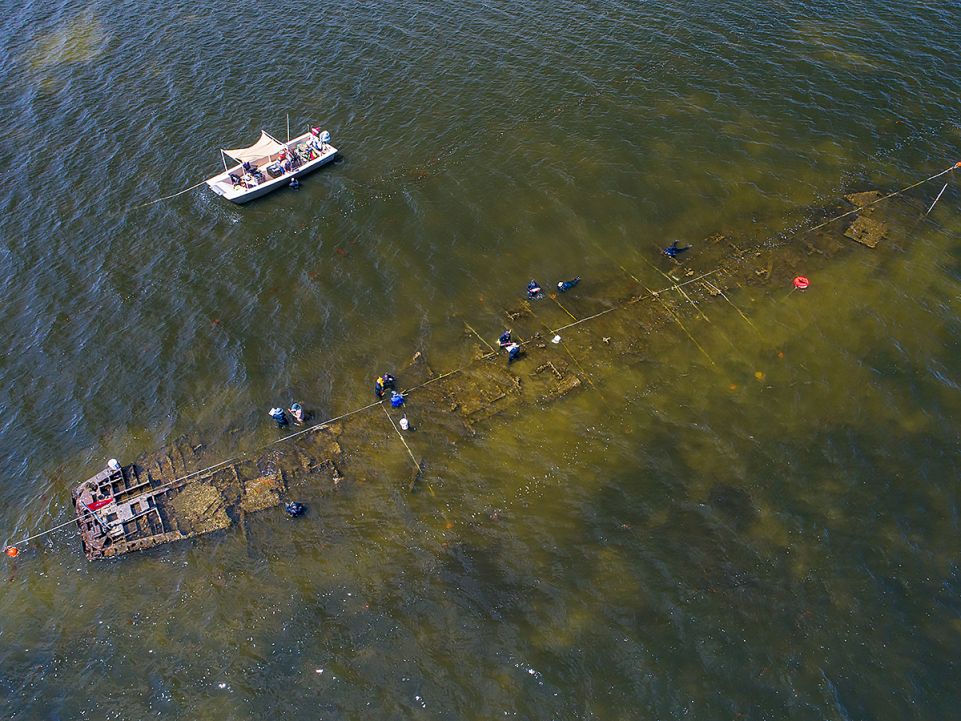 Pappy’s Lane Shipwreck certainly garners a level of intrigue, and its richness as a research site and also historic site affected the original proposals for the Jug Handle bridge project. The wreck’s proximity to the proposed construction site for the bridge concerned researchers. North Carolina Department of Transportation worked extensively with state and federal agencies to ensure that the effects of the bridge construction wouldn't damage the shipwreck. As a result of their efforts, Pappy’s Lane Shipwreck is in the works to be listed on the National Register of Historic Places.

And in case you didn't hear, another bridge project on Hatteras Island was completed and opened in February 2018. The Capt. Richard Etheridge Bridge, formerly known as the Pea Island Interim Bridge, replaced a temporary metal bridge constructed after Hurricane Irene breached N.C. Highway 12 in 2011. The short bridge over the breach site is named for a former slave who became the leader of the Pea Island Life-Saving Station, an all African-American unit that was credited for saving countless lives in Outer Banks shipwrecks.

The next time you head to Hatteras Island, let the labors of man from both past and present inspire you. Let the new Bonner Bridge take you to soaring heights. And as you admire the view over the Pamlico Sound, remember all the history that rests beneath the waves.